On October 23, the 125th China Import and Export Fair (referred to as the "Canton Fair"), which is known as the "barometer" and "wind vane" of China's foreign trade, was grandly opened in Guangzhou.

As the comprehensive international trade event with the highest level, the largest scale, and the most complete range of commodities in China, the current Canton Fair is still active-the total exhibition area is 1.185 million square meters, the total number of booths is 60,651, and the number of participating companies is 25,500 About 200,000 overseas buyers from more than 210 countries and regions attended the conference.

This time, Meiyang made a wonderful appearance with its self-developed small electric umbrella with Bluetooth speakers and wind control system. 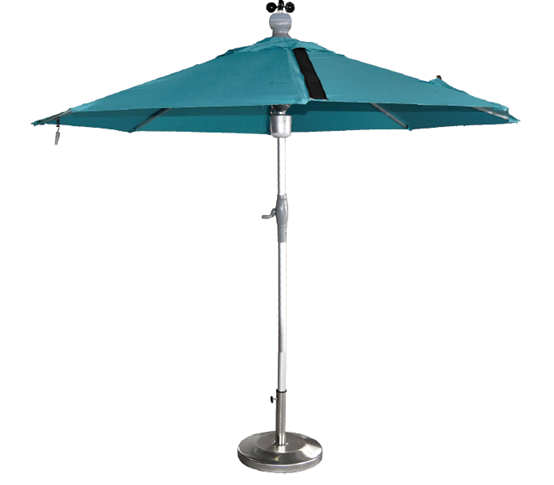 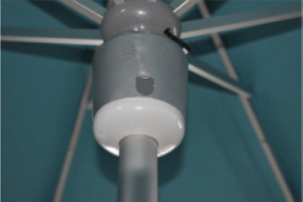 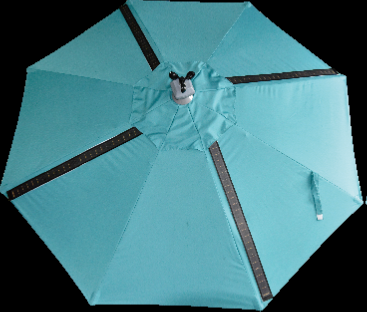 At the scene, Meiyang's booth was crowded with visitors from all over the world, including many old friends.
They showed great interest in the products and systems on display at Meiyang. Many new customers have reached out to the olive branch, intending to bring Meiyang's high-end products to more countries and regions. At the same time, the Linhai market also personally visited the scene, and highly praised and praised Meiyang's products. 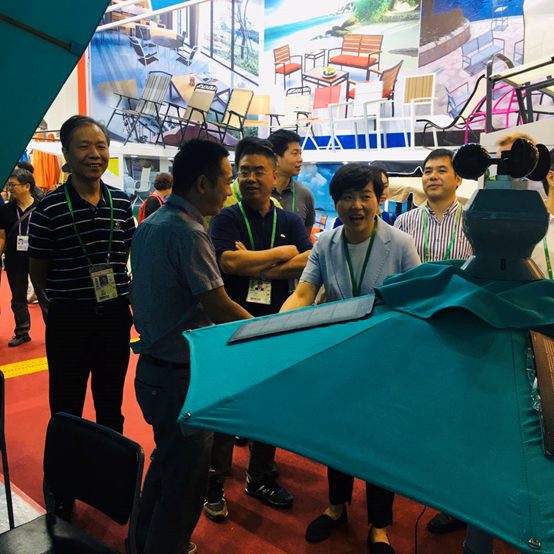 With a more international perspective
Integration into the global landscape

In recent years, Meiyang Umbrella Industry has adhered to the strategy of differentiated from other manufacturers, strengthened the rectification of production inside the factory, and vigorously strengthened the independent research and development of new products. It also cooperated with many foreign buyers to carry out foreign trade cooperation. .
Meiyang Umbrella's high-end smart umbrellas are exported to more than 40 countries, providing high-quality products and services for domestic and foreign markets. In 2018, the company's export business increased by 25.81% year-on-year, and won the title of "Zhejiang Export Famous Brand", which won affirmation of its export image.

The concept that Meiyang Umbrella insists on has always been one sentence from beginning to end: value, transcendence, professionalism, excellence, and high-end. It is precisely what Meiyang has been practicing to create more value, constantly surpass itself and its competitors, and use professional quality With outstanding service to create high-end life for people.

Speciality
Focusing on customer needs based on quality,
Relentless pursuit of professional quality.